The cartoon as we know it in the West today began with the British painter William Hogarth. Though it is difficult to characterise cartoons, a vast and varied art form, by any rigid parameters, cartoons commonly enlist symbolism, exaggeration, labelling, analogy and irony to rouse humour or scepticism in an audience. In this article, the first of an ARTUNER series exploring the history of cartoon art, we will examine the development of cartoons through satire in the 18th and 19th centuries.

Born in 1697, William Hogarth dramatised both the lewdness and splendour of London. His interest in the theatricality of urban life and his obsession with depicting the low-life slums of the time have invited the term ‘Hogarthian’ to indicate similar satirists. An educated man and well-trained artist, Hogarth elevated visual parody to the level of fine art while maintaining a public discourse through the press.

Hogarth’s prestigious title – ‘The Grandfather of Political Cartoons’ – is amplified when one considers that it is also widely accepted that his ‘modern moral subjects’ mark the first ever comic strips. In ‘A Harlot’s Progress‘, 1731, six engraved prints (though originally paintings that were lost to fire in 1755) warned against an immoral and promiscuous lifestyle, as part of a larger effort to crack down on prostitution in the Covent Garden area. The even more renowned ‘A Rake’s Progress‘, 1732-35, comprises eight paintings that tell the story of an heir who gambles away his fortune and finally ends up in Bedlam.

Hogarth’s work endeavoured to prove that art could be both an ethically and politically powerful tool, a far-reaching movement that even spread into journalism. This duality is illustrated by his depiction of ‘Gin Lane’. Scandalous, pertinent, and funny, this infamous image both aimed to support the Gin Act of 1751, and also to journalistically represent a real news event: the death of a child at the hands of their ‘gin-crazed’ mother. With the advantage of propaganda like ‘Gin Lane’, the Gin Act indeed passed, and by 1757 the Gin Craze had come to an end.

The influence of Hogarth’s artworks was not limited to London, however. Across the Atlantic, Benjamin Franklin unveiled the first political cartoon in America in 1754, just three short years after ‘Gin Lane’. Hogarth’s works had demonstrated the power of a single artistic image in achieving political means, and this opportunity was not lost on new-world propagandists urging civilians to take up arms in support of the Albany Congress of 1754. Though the image was far from fine art, the ‘Join, or Die’ campaign is significant because it marked the start of political cartooning on the world stage. It depicted South Carolina, North Carolina, Virginia, Maryland, Pennsylvania, New Jersey, New York, and New England as a snake, cut up into eight pieces. The message was powerful: ‘live together, die divided’. Although the Albany Congress was a failure, the impact of the campaign was not overlooked.

By the 19th century, political cartoons were growing tremendously popular in Europe as artists responded to the all-too-ludicrous French ruler Napoleon Bonaparte. Following Hogarth, these satirical illustrations aimed for an elevated style, bearing references to fine art painters of the time, as well as allusions to literature and theatre. Shown below, Napoleon is seen (top: 1813, France) taking lessons on how to be an emperor from an actor impersonating Julius Caesar, and (bottom: 1813, England) returning to Paris from battle with a white feather, a mark of cowardice.

Ultimately solidifying the cartoon on the political landscape was the launch of Punch (or The London Charivari), a London-based publication established in 1841. This magazine is responsible for naming the term “cartoon” as it is known today – a humorous illustration – and paved the way for such canonical satirical literature as even William Thackeray’s Vanity Fair: A Novel Without a Hero, as well as influential early cartoonists John Leech and Charles Keene.

By 1877, political and editorial cartoons were expanding into new disciplines, such as cartography, where map-drawing gave way to national caricatures, pioneered by cartoonist Fred W Rose. His ‘Serio-Comic War Map for the Year 1877’, showing the national identities of Europe, metaphorically details relationships between different countries with the tentacles of the Russian octopus reaching out to strangle the smaller nations below.

By the time 1900 approached, European political magazines such as Punch boomed in sales and popularity, and Rose’s cartoon maps were gaining traction as nationalist ideologies readied for the Great War. Hogarth and his contemporaries of the 18th and 19th centuries had established the foundation of what would continue to be a long, vital tradition. Cartoonists used satire to convey moral or political messages to the public as a means of entertainment, journalism, propaganda and nationalism. By 1914, the world of cartoons would bloom into animated moving images, irreversibly opening up both film and fine art to playgrounds of new possibilities, laying groundwork for cartoon developments in the 20th and 21st centuries. 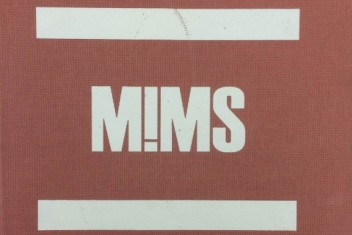 By: Catherine Wood
× next prev