Pia Krajewski showed in ARTUNER’s exhibition in Turin The World’s Your Oyster with four paintings. The Winsor & Newton Artist-in-Residence at the Künstlerhaus Bethanien, Berlin, Krajewski’s paintings are characterised by her poetic representation of objects. Creating a world where coherent narrative is lacking, Krajewski manages to imbue her objects with a clarity of appearance that at once delights and frustrates, being ever beyond rational meaning. In this interview, we talk about the inspiration behind her work in Turin, and her practice as a whole.

Alisei Apollonio: The objects portrayed in your paintings are quite common, everyday objects and yet they seem to hold a symbolic meaning, especially as some of them often recur, such as hair, or berries and seeds. How do you choose the subjects of your paintings? What qualities are you looking for in them?

Pia Krajewski: The symbolic meaning of an object plays no role in my choice of it. In earlier paintings, there were sometimes pieces of narratives that led me to the selection of objects, but more and more it was about personal associations rather than symbolic meanings. It was never about telling a specific story, but rather depicting a distant moment that is somehow beyond reality. A surreal bizarre scenery, which does not reveal a direct context of meaning. A poetry of the strange moment inherent in the beauty of irritation.

In the newer paintings these narrative moments are almost completely gone. Instead, a certain resistance to interpretation has arisen, which I find very exciting. What happens between recognising and interpreting is actually the important moment. At the moment that our intellect cannot fully grasp, or simply reaches its limits, a part of our senses has already perceived something real, something that is simply given, that can not be reinterpreted or explained.

Nevertheless, I like the inherent potential of symbolic meaning in certain objects. They can have a more ‘fixed’ meaning and simultaneously mean something completely different or evoke associations for one person than another. I think this negotiation of meaning, judgment and the resulting narrative is something very interesting.

I can not define exactly what the detail is at the end, what makes me choose one object. This has a lot to do with the aesthetic effect of the objects, the shapes, surfaces, colors and haptic perception. In the end there is always a situation in which I see the objects, a fine moment in which they are somehow transformed in my mind. I see the gentle resting of a fabric on a fine structure, which is recognised by the material’s fibres. The corrugated body of the arm twisting on itself by gravity. Or hair that turns gently, guided and arranged into itself: somewhat directed, well-arranged and yet characterised by its own physicality. The original object then no longer really plays a role, it has become a new object, which alone serves the current purpose: to fulfil its physical existence by becoming counterpart to the original in a picture.

I have recently read a great statement about still life in the catalogue of the 1997 MoMA exhibition ‘Objects of Desire: the Modern Still Life’: “The still life is an evolving system of representation and of meaning, directly related to the transformations of society and of artistic discourse. […] It addresses certain positions a society maintains in relation to its objects: realities, fantasies, and desires.” Do you feel like this description speaks to you and your work? If so, how?

Difficult question. I do not think that has much to do with my personal relationship to still life. Clearly, I am aware of the representative and sometimes meaningful role and history of the still life, but these aspects do not consciously play a role in my own work. Of course I am a child of my time, shaped by our society and my environment. Clearly this is something that influences me, to see and to perceive in my way, and that certainly subliminally also flows into my work. However, the idea to classify my own work into a larger social or artistic discourse, or to claim that it is representative of our time, contradicts me. For that, I am too close to my own imagery.

When I think of still life, I mostly imagine old baroque images – incredibly detailed, sumptuous paintings that almost make one believe that one could smell the flowers and eat the berries. Their almost physical presence is fascinating.

They leave you breathless, as one is afraid of disintegrating the wafer-thin fragile covering of a painted physalis with one breath. Or you might want to touch the cool-smooth, marble-like surface of a shell that has been discovered shimmering at the foot of a vase. The painted objects unfold an unbelievable grandeur, as if they were inhabiting all the beauty and vulnerability of the world. But I do not believe this is simply because of the ‘true-to-life’ portrayal. This haptic vision, where one is physically is altered in the act of looking, does not necessarily require a concrete objectivity.

In my own work, the still life genre is more of a means to an end. Everyday, unnoticed objects tend to open the way to an abstract landscape of textiles and haptic moments, perhaps more of a gentle visual experience than a system of representation. The objects and their purpose or meaning are no longer important, it is more about a changed focus of seeing, an aesthetic moment, painterly, poetic moments of perception.

It’s quite interesting to notice that your work has significantly changed recently, with an engaging and ‘oblique’ move towards abstraction. Would you like to tell us more about this transition?

I notice more and more how exciting I find the vacuum between understanding and perception. The moment when the intellect reaches its limits and one has to rely on more than rational thinking. I think the step into the stronger abstraction comes from the fact that I want to give this moment more space. The moment in which one perceives something, gets involved with it and yet has to expose oneself and it to a certain uncertainty, since one can not establish a direct context of meaning or classify it.

I have the impression that in this one is thrown back on oneself again. I like the moment when external rules become irrelevant and one has to trust oneself to one’s own perception and own experience, to surrender to the uncertainty of interpretation or meaning and thereby open up a new world. Seeing then becomes a bodily perception, something more like a physical experience of the seen. 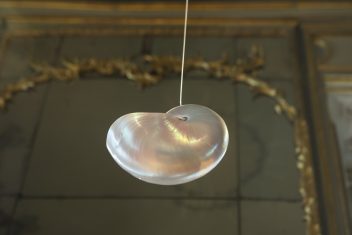 An Interview with Juan Antonio Olivares 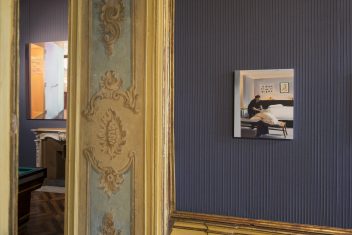 An Interview with Caroline Walker 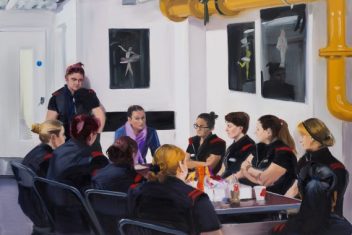 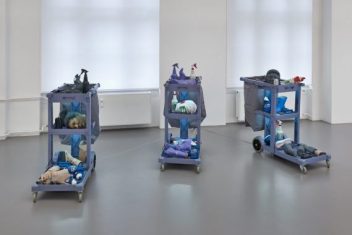 A brotherhood of suffering before the cosmos: Juan Antonio Olivares’ Fermi Paradox II

Art That Lies Down: The Holistic Space of Bea Bonafini’s Slick Submissions 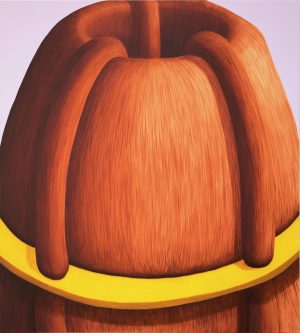 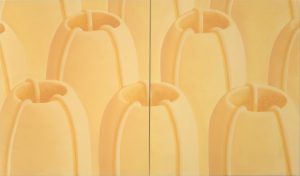 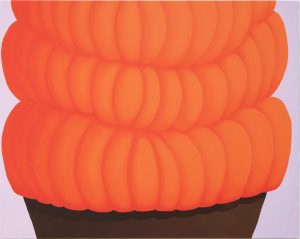 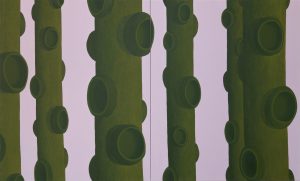 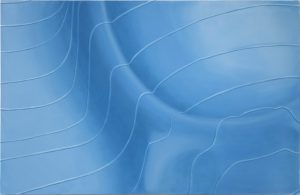 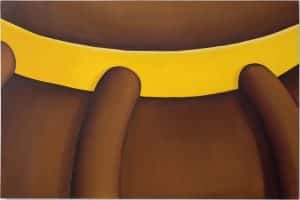