Poetics and politics intertwine within Damir Očko’s frame, as he keeps the observation of humanity – both physically and spiritually – at the core. His observation of the political and the psychological evolved to the study of the functioning of the nervous system: webs of neurons and electrical connections translate to the mixed media in Očko’s artworks, as he creates collages and generates new paths for thoughts.

Očko – while embodying his emotions into his art – looks at an external sitter and twists their environment with abstract-looking shapes, which are reminiscent of the Dadaist movement. Damir Očko and Surrealists both look at the political landscape and comment on it with art. Očko, however, distances himself from the absolute ambiguity of Dadaist art by including poetic texts in his artworks; his use of poetry in his collages doesn’t clarify their meaning, but rather clouds the composition as it adds more intricate layers to its interpretation.

Different visual elements clash in Očko’s collages; the sheet of paper, suddenly, becomes a theatre for the subjects as they interact with one another harmoniously, yet violently. The artist explores the use of mixed media to ultimately find a balance and create a narrative between the subjects in his artworks. With their interaction, the subjects lead the narrative within the frame, but, at times, they obscure it with their enigmatical shapes.

In the photocollage Untitled (Year Sundried), a person in a black and white photograph is obliterated with an amorphic blob stretching through the upper half of the artwork. Below it, a blue orb floats, perhaps alluding to the text ‘Year Sundried’, diagonally pasted on its left.

The floating dot is a recurring theme in Očko’s artworks, and, often, it can be imagined as the presence of sound as paper; in one of the collages in the series Untitled (SPRING score), orbs ethereally float, reaching the ear of the person photographed and suggesting they could be heard. The collage is structured with several interrelated elements, transcending the senses it stimulates by visually embodying sound with paper.

Sound, hence, is not a background component anymore as its presence and interaction with the subject, conveyed by abstract shapes, becomes the main feature of the composition.

Očko’s works on paper focus on the exploration of the potential of mixed media and on the viewers’ conceptual response towards spatial placement and the interaction of the subjects with one another. His collages create a defined contrast with his videos: if with the camera the artist can hide and reveal as he pleases, on paper, where different moments in time exists simultaneously within a single sheet, Očko hides part of the composition with amorphous blobs, which become interludes, pauses of contemplation in the conversation. Damir Očko translates the ability to hide concepts on film to the sheet of paper, which becomes a vessel of movement and of narrative.

Očko carefully plans his video work, striving for an idea of perfection – whereas his work on paper is instant and unpredictable, like a quick cerebral synapsis. The fragmentary narration of the collage happens through different mediums connected to one another, and, as they’re not always compatible, they create violent encounters. The paper becomes a vessel for a brand new language, as the artist creates a narrative with his collages: the fictional meets the realistic as photographs are combined with abstract-looking pieces of paper – which, as they are paired in their fragmentation, create a conversation.

The overlapping of different materials and the complete control of the medium translate to the artist’s pushing of the boundaries of paper to reach visive violent exchanges.

Damir Očko’s artworks are evocative of the endless possibilities of paper; that sense of infinity gives space for a spatial and sensorial awareness, that, at the culmination of the artwork, gives to the collage, in the words of the artist, “[…] a cinematic intensity [as] image and sound are working as a dense harmony”. 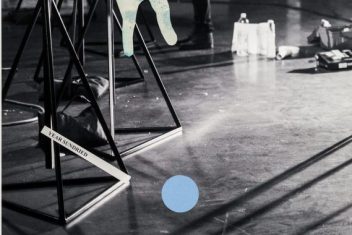 An Interview with Damir Očko 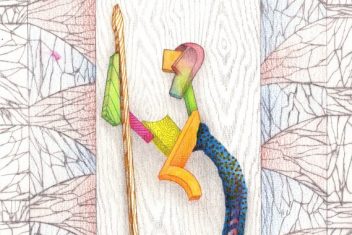 Julio Gonzalez and David Czupryn: a Dialogue between Dimensions 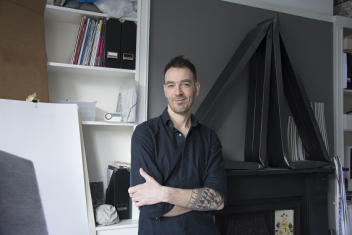 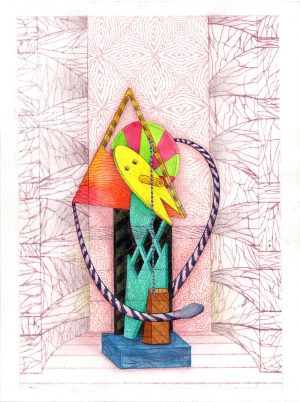 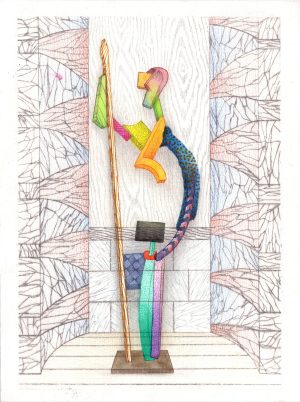 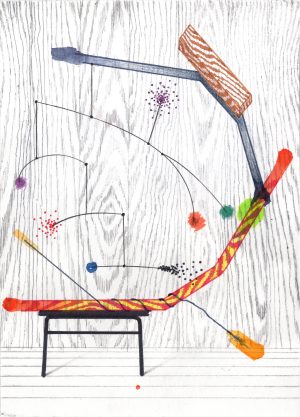 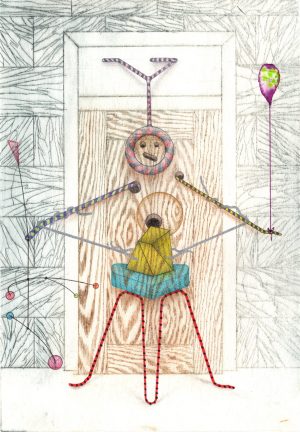 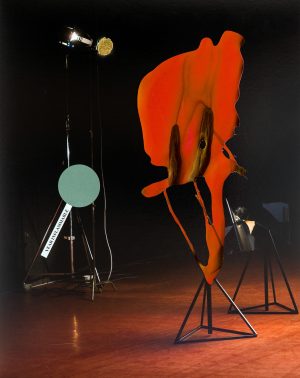 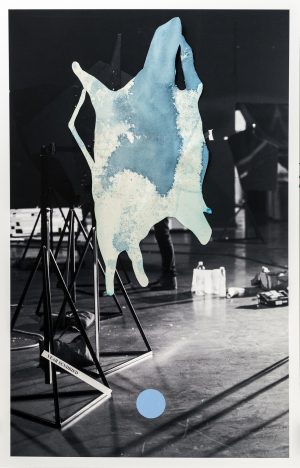