Adam Carr: Aspects of your work that I think are under addressed by others are the social and political components. I have to say since the recent hyperbole surrounding your work, dictated in part by the market, some of these aspects are forgotten – for example the Artex paintings are less about new approaches to painting, but more about the origin of this material and your relationship to it. Some of your works are about your biography, suggesting aspects of middle class life; others are about Welsh trade and heritage. Could you speak about this angle of your work and some of the pieces that you feel best characterize these interests?

Dan Rees: If I take the Artex paintings as an example, Artex is a material that adorns working class homes in the UK. It is part of the ‘decoration’ of a certain social demographic, at the same time beautiful and gaudy. My Nan has Artex ceilings in her flat so they are lodged in my subconscious.

Nowadays people spend more time removing Artex from old homes than they do installing it, it is considered out of date or naff and not representing a push towards gentrification. The paintings that I make are entering homes, generally expensive ones, somehow completing the circle.

The other project you refer to is the seaweed project. This was born out of me taking Welsh seaweed back to Berlin with me, (it is a traditional food in Wales.) I realised that the Welsh seaweed I was eating, called ‘Laver‘, is exactly the same species as Japanese Nori. Nori is a billion dollar industry in Japan and Laver is a tiny niche market product with very limited appeal. The general feeling is that Welsh seaweed, and to some degree Wales in general, is associated with tradition, a certain quaintness or old fashioned way of living rather than innovation and enterprise. The idea was to do a sort of marketing campaign to try and improve the image of Welsh seaweed, I did this by focusing on the future food aspect of seaweed; due to it only needing salt water and not needing land to grow it is an exciting food prospect for the future, it is also extremely healthy. I like the idea that by relating Wales to this future food product it was then reflecting back on the image of the country.

Adam Carr: You’ve produced a filmic portrait of Wales, could you speak about it? This and your other video based works are somewhat dry, yet they reveal a certain latent beauty in the Welsh landscape. They recall, in part, the work of John Smith in that they draw from everyday life, and also a number of British comedy documentaries in which reality and fiction collide, and although they seem to be at odds with your other works, they are in fact completely tied.

Dan Rees: It’s funny you say that because in a way I feel these are the closest works to me that I have made. The video that is set in Merthyr Tydfill for instance is basically me walking to the edge of town Asda Megastore in order to speak to the manager about a phenomenon that happen a few years ago where they sold 73,000 pairs of white socks in a year. It is a funny story. The BBC and Guardian reported it as a bit of lighthearted journalism, the town only has 55,000 people, so something ‘interesting’ must have been going on. Part of the reason it could be a funny story however wasn’t just the mass buying of white socks but also the very idea that something actually ‘interesting’ could happen in a place like Merhtyr, so maligned as it was at the time.

Merthyr does actually have one of the most interesting histories of any British town, one that is almost entirely forgotten in the rest of the UK and not really fitting with current trends. Humour certainly plays a part in that video. It is essentially a funny thing we are doing, there is a disconnect from the beginning, two people going to Merthyr to do some amateur filming. The first question from people there was, ‘why on earth would you come to Merthyr?’ even the guy in our hotel asked us that. To be able to spend 3 or 4 days just wondering around filming is a strange thing to do, most people are working or looking for work, so as soon as you speak to people you have to explain you are artists and nearly always generate humour of some kind.

The project could only be interesting if there was a subplot. In this case it was Merthyr’s industrial legacy and the ‘Merthyr Rising’ which happened in 1831, an event of European significance in that it is considered the first large scale worker’s rebellion in the world. That is the setting in which I walk around Merthyr seemingly trying to unearth the mystery of the ‘white sock subculture’, that may or may not have sprung up there some years ago.

Adam Carr: It is very interesting what you said in connection with borders, or more specifically about preconceptions, which exists in your film between ideas of expectation and perhaps revelation. Could you speak about the other films that you have previously made?

Dan Rees: Another video is called ‘Laverbread’, is mainly filmed in my Gran’s living room and kitchen. We made this video on our way up to Aberystwyth to visit the National Archives up there for research into another project that I will come back to. There is a section where we are drinking tea with my Gran and chatting, then the next door neighbour comes in, he is having to sell is car which he isn’t very happy about. As these things are happening Chris (the camera man) is asking me questions about Welsh seaweed and focusing in on the Artex ceiling. So certain elements relate directly to other projects and maybe help contextualise them but they also have this broader sort of ‘day in the life’ quality. They are very personal which I also enjoy.

The most recent video I have made is more focused on project I am working on about different solidarity campaigns in Wales. I was visiting the National Archives to document some of the Artwork and posters of the campaigns, which I then made into a small booklet. I met and interviewed three different people from three solidarity campaigns, Chile, Nicaragua and Cuba. This is part of a wider project that connects to the photography exhibition I made at Tanya Leighton last year. I got interested in the topic when I saw a poster in a museum in Merthyr for the first meeting of the ‘Wales Nicaragua Solidarity Campaign’, the semantics of that alone was enough to get my attention. Solidarity is an interesting idea, its role was perhaps a little easier to define when the trade unions were more active and the political spectrum seemed a bit clearer. These days it almost seems like a quaint idea to be active in that way, to be organizing events and meetings etc. It might not be zeitgeisty but as an idea for creating new connections between people, it is perhaps more relevant now than ever, especially in places where the old forms of work related community no longer exist.

Adam Carr: Your interest in the areas that you have documented in your photographs that you are presenting in ‘B O R D E R S’, particularly the idea of solidarity and community, draws a parallel with your collaboration with your brother-in-law…

Dan Rees: I went to Nicaragua with my brother-in-law (Ben); he had just started studying photography as a mature student at the time after 15 years or so of driving lorries in Europe. It made the project slightly more complicated but I wanted to use his eyes as someone who was starting out with photography and not involved in the Art world as such. Ben and I spoke a lot about the ideas for the project beforehand but we didn’t really plan the shots until we were there, afterwards we were both involved in the editing process. I really wanted the photographs to maintain an honesty, technically good but not trying anything too conceptually clever. The collaboration aspect was central, Ben and I are linked by family but up until this project we hadn’t spent much time together. I was interested in what Ben would bring to the project as a politically astute person who has spent a lot of time crossing European borders. Driving lorries is an interesting job that reflects the economy, geo-political affairs and European bureaucracy. Due to all the time spent listening to news broadcasts on the radio I realised he had an almost encyclopedic knowledge of current affairs, which was another reason I wanted to work with him.

Adam Carr: The research that you have undertaken for these pieces is still ongoing and you seem to be working more in the direction of projects in which single pieces are bound together to make up a larger picture. Where will this research lead you next?

Dan Rees: I see this project as something that I can build on as I meet people, that is the first thing to do, try and meet as many people involved in the different campaigns as possible. My interest is not solely in Wales of course but there is a particularly interesting history in Wales of this kind of activism and being a small county makes it easier to try and make connections between people, places and events. One idea is create an archive of all the different solidarity campaigns and international projects over the years, this would range from well documented things like the volunteers for the Spanish Civil War to smaller grass routes initiatives. The general idea is to create a portrait of a small but politically minded country through people’s involvement in internationalism. 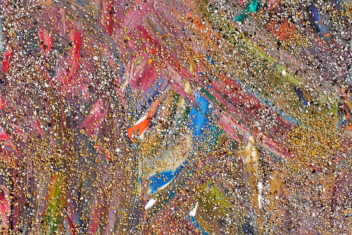 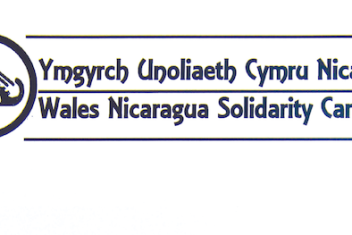 By: Harry Laughland
× next prev