An interview with James Clarkson by Adam Carr

Adam Carr: Your work could be said to be intensively formal, paying attention to the particular qualities that materials might bear and the different permutations of composition and value when they are combined with others. There is also an interest with art history… Could you explain this further?

James Clarkson: I am really interested in the way art history has penetrated contemporary culture, most importantly it is the concept of the domestication of art history that is the starting point for my work. There are certain things about art history that strike me such as the cross overs into design or when design picks up on an artist or a particular concept from art history and runs with it. Growing up, my Dad collected antiques… mostly furniture or decorative items, and as I got older I quickly became aware of the linear trajectory a lot of these historic objects had in modern mass produced objects. A favourite of mine has always been that the classic plastic Ikea office bin is near enough a-like to be a copy of some of ceramicist Keith Murray’s larger works from the 1930’s. So my work really developed from seeing these types of things and then thinking about how I could work with that.

I then became really interested in objects from contemporary culture like the Citroen Picasso as well as older objects like West Germany Pottery’s Silberdistrel Vase, which was a matt powder blue sponge effect vase taking a lot of inspiration from Yves Klein who at the time had been working on a large commission in Germany. These objects are interesting in the way that they use the concept of an artist’s work and apply it as their own. This creates a sort of circular referencing between the historic object of art history and the new object of disconnected function. This circular referencing between two objects or more is something that I am always trying to implement between each of my own works.

Adam Carr: There is a biographical aspect to your work that might not be so apparent at a glance. You were born near Chester, which is a personal interest of mine since I am from there too. There was a recent show I curated for gallery in Rome about Chester, titled ‘Chester’, which was a response, in part, to the context of Rome through looking at Chester’s former Roman occupation, and bringing together the work of artists who were born there. And another show I did, titled ‘Return Journey’, which took place at MOSTYN in Wales, looked at how UK born artists use and address their background in their work, while also trying to be a show about the UK, or about a survey show based on geography, in a different and somewhat literal way. I think coming from these places that are not typically synonymous with the visual art world informs and tends to manifest itself in how you think and what you do, whether you are a curator or an artist. I would not compare Chester to the so-called Glasgow miracle, but there is definitely something about the place that is being addressed, albeit intentionally or not, in a number of artists’ practices who are from there… Ryan Gander, Jesse Wine, Jacqueline Bebb, Tim Foxon, Hannah Perry, Stuart Middleton, and Glen Pudvine, as well as in your own work…

James Clarkson: I think my relationship with Chester is probably split into two separate parts, one in very early childhood when I and my sister were made to go into my dad’s work, which was in Chester, over the school holidays. At lunchtimes we’d often be taken into town to visit auction houses and wander off around the dusty rooms. We’d look at a lot of stuff there but never really had any concept that in some cases it was valuable or precious, to us it was just kind of boring. I remember feeling like Chester was a bit boring as we’d only visit the same places over and over again. Obviously looking back now that was a really important and special time to be around all of those things that were a world away from what our other friends were doing. And I think back a lot to those times now, I think they were really influential. My dad was teaching graphics at the art college and so when we were taken there during the holidays we were allowed to go off through the practically empty building looking at all the crazy things the students had made, it felt like a really magical place and again so different from anywhere we had been.

It wasn’t until my teenage years that Chester became a bit more of an important/influential place, I guess as any other area you’d spend your “coming of age” years. At the weekends Chester is where I’d go to hang out with my friends from all the school around that area, there was a pretty big group and I learnt a lot about lots of different cultural things from all the people. There wasn’t really a lot to do in the city so we’d spend a lot of time just sat talking or looking at record covers in HMV. I think because of the fact that it’s a small place a lot more diverse groups of people are brought together and therefore you are more likely to encounter things that you might not come across in a larger city. I think eventually, though, the lure of a bigger city took its hold and I spent more time in Liverpool, which was probably equally as important because it offered me more chances to see art in the city’s museums etc. but that’s getting off topic…

Adam Carr: Could you describe some of the processes you go through when producing your work? It is neither painting nor sculpture, but rather sits in between and is very much about that tension.

James Clarkson: A good starting place would be to talk about my series of Scatter Constructions and Studio Floor Compositions, both come from very similar processes. To make a lot of my work I bring found objects into my studio, over the last few years it feels like I have refined these objects to a set of very specific items: wine racks, candle sticks, metal baskets and a certain type of lamp shade. But any object can be a contender as long as, like the others listed above, it has the ability to be broken down into a series of sub forms from its original. I like objects like wine racks because the forms that come out of them are very gestural and are kind of really similar to a line that you might draw whilst doodling, something intuitive.

So I have all these shapes from cut up objects and I leave them out around the studio floor and work with them over quite a long time, things get moved around to make way for other artworks to happen and out of this comes some really interesting chance arrangements of material. I will either turn these into a modified wall composition straight from their arrangement on the floor, what I call a Scatter Construction, or work with a photo of the arrangement to make a plan for an enlarged version to be cut out of steel and placed on the floor of an exhibition. The latter is what I call a Studio Floor Composition, these works are made as a reference to the ad hoc arrangements of the material and process I was just talking about, the idea being to create a casual circular relationship between all the works in an exhibition, whilst also being a bit more explicit about the way my work comes about.

As you mentioned, the outcomes of these processes are often sitting somewhere between painting and sculpture. I think part of that is because the works are mostly made on the floor and secondly because nearly every work I make has such a dependance on a flat surface, even if it stands freely in the middle of a room. Some of the works I make also have multiple perspectives, so from one direction they are flat and then from another they are three dimensional, it’s definitely something that I enjoy playing with.

Adam Carr: You choose to not live in London, but in Sheffield. I would be interested to know why you have settled there and if you could speak a bit about its artistic community.

James Clarkson: Sheffield is where I studied, it’s also where I was able to continue to make work following my degree under an art school style environment, as part of S1 Artspace’s bursary scheme. This was really integral to my personal development and to the development of my work. I think the transitional phase at S1 Artspace, on the bursary, made a big difference to my thinking regarding staying in Sheffield. It opened up Sheffield’s art community a lot more to me than art school ever had, offering mentoring with artists who were making a name for themselves at the time. It was really inspirational to see and talk with artists living in the city at the time like Haroon Mirza, Simon Bill, James Pyman and Paul Morrison. There were also younger artists like Mathew Harrison (who sadly no longer makes artwork any more – but he does make an incredible road bike now, check out Field Cycles) and Richard Sides who were also doing really interesting things outside of the city. Since then the art community has really changed and there are a lot of young artists in the city who are starting to make a name for themselves around the country. I have also noticed that our community in the city now stretches to Leeds, Manchester and Liverpool, all of which, along with a handful of other cities are easily reachable by train in less than an hour or two. I’d like to think that a lot of these other young artists in the city are planning to stay for a while and over the next few years we’ll see the development of more artist led studios and galleries across the city.

Living in Sheffield at the moment is that puts little pressure on you financially or environmentally, everything you need is so close by which means that making an artwork can be very simple. This also means that you have a lot of time to focus and not be distracted by other things. I also enjoy the fact that the Peak District is no more than 15 minutes cycle away from the city centre and that you can disappear for a while with out even having to take public transport. 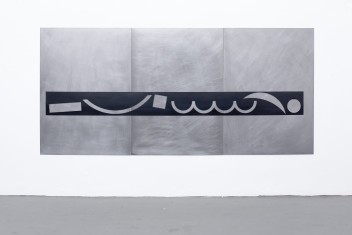 An Interview with James Clarkson 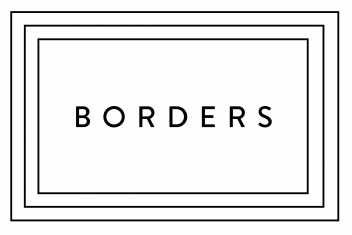 By: Adam Carr
× next prev