The history of Rue de Paradis is rooted in high craftsmanship: manufacture of glass, cyrstal, earthenware and leather used to populate the street. Now with those industries long gone, only those iconic spaces and landmarks remain with an aura: the lingering presence of those absent objects. The exhibition will pay tribute to the realms of objects, exploring the rising interest in moving away from an anthropocentric vision and gradually shifting our point of view to considering them as entities in their own right.

In the days where Queer Theory is finally challenging a binary version of the world, ‘Object Oriented Ontology’ (OOO) and more recently ‘hyperobjects’ theories have provided invaluable insight into how we relate to, and think about, reality, uncovering much more complex relationships between humans and objects than the simpler one between user and tool. Even shedding a new light on and giving surprising credit to some ancient beliefs such as animism or overlooked conditions like OS, whereby a person falls in love with an object, attributing them a personality, emotions, and the ability to reciprocate romantic feelings.

Perhaps as a reaction to the increasing amount of time we spend connected to digital interfaces, in contemporary art discourse too, there has been a resurgence of interest into the physical world of objects. Many artists have embraced OOO as an innate part of their reflection or practice – especially at a time when scientific developments are both giving us a better understanding of animals’ minds and inching us closer to authentically intelligent machines. The renewed belief in the sentience of inanimate objects speaks to one of the foundation myths of art itself, that of the ancient Greek sculptor Pygmalion who fell in love with one of his own creations, breathed into life by Aphrodites herself. Humans’ relationships to objects are as varied as the number of things and the people who own them, but they are hardly ever neutral.

Portraying the objects’ individuality and personal history, Ana Elisa Egreja and Manuele Cerutti share a reflection on those that get left behind, leaving us to wonder whose stories they are really telling: ours or their own? Cerutti-s intimate portraits of tools and memorabilia spark a reflection on the human psyche and the unspoken in our interactions with both animate and inanimate worlds, while Egreja’s flamboyant depictions of staged interiors provide a magical backdrop against which fantasy, history, and politics play out.

The interest in the peculiar world of staged interiors is shared by Inez de Brauw, whose polyptychs of living spaces inspired by lifestyle magazines once again blur the boundaries between fact and fiction. In her portrayal of quickly obsolescing mass-produced furnishings and designs, de Brauw calls attention to the continuously shifting status of shapes and ideas, underlining the fluidity of concepts such as “cultural symbol” and “identity”.

The viewer’s eye glides over the products and discarded belongings portrayed by Egreja and Cerutti, just as it caresses the textured or velvety surfaces in Pia Krajewski’s close-ups of still lifes. Investigating the sensuous power of the gaze, in her oil paintings Krajewski leads the spectator through an unexpected landscape made of blown-up details and dramatic encounters between uncorrelated commodities.

The close attention to materials runs through the works featured in this exhibition like a vein, interlacing motifs of figuration and abstraction. Bea Bonafini plays with precisely such boundaries employing a carpet marquetry technique which weaves sensual figures that melt in and out of focus and disappear against the background.

David Czupryn shares a similar interest for the metamorphoses of matter into story: his reinvented polymers and materials at the crossroads between fantasy and science take the shape of humanoid characters in his trompe l’oeil oil paintings, tricking the eye and the mind alike. His way of morphing materials raises questions about sustainability and the life cycle of objects: from humble timber to contemporary art masterpieces.

Questions about the disposability of human ephemera feature also in Paul Kneale’s sculptural oeuvre: a reflection on hyperobjects – phenomena of such magnitude that human vicissitudes play against them – are central to his work. The transmission of data, man’s relationship to nature, and the horror-filled encounters with new, ubiquitous technologies develop into jarring sculptures that vibrate with the glow of uncoated neon halos. Kneale calls attention to what he defines as ‘the new abject’, occurring in the most mundane settings: from the parking lots to the garden centres, from rooftops to billboards.

The relationship between humans, machines and their digital core is at the heart of Tabor Robak’s practice. Interested in exploring feelings and emotions, Robak does so through the interface of digital technology: hardly ever containing any human actors or recognisable narrative, his multi-channel video pieces are meant to be experienced as paintings, or CRT screensavers, ready to be walked into at any point in time. 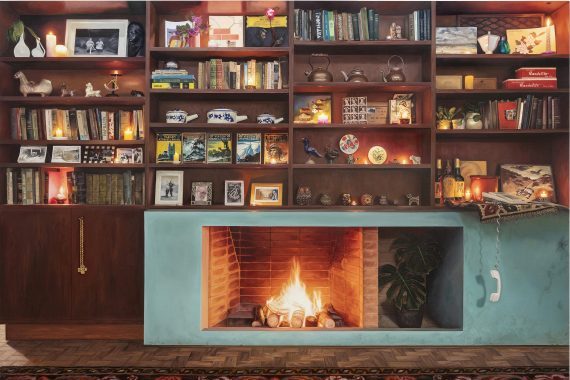 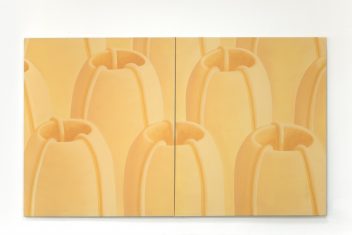 An Interview with Pia Krajewski 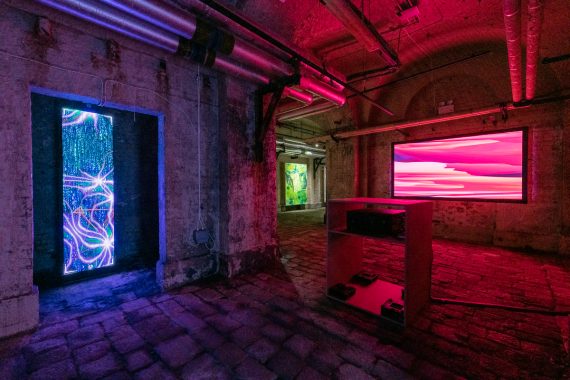 An Interview with Tabor Robak

By: Alisei Apollonio
× next prev